what makes krav maga different and the best
for police officers?

Krav Maga is not another police defensive tactics system based on traditional martial arts approaches. It is a modern, reality-based method of training characterized by coherent and logical thinking that builds up easy, natural and practical techniques featuring simple movements of the human body.

Because the Krav Maga system is well-integrated, common defensive principles apply to a variety of attack scenarios. Thus, the system can be learned in a relatively short period of instruction. The techniques are easy to retain and can be performed under stress.

Krav Maga emerged in an environment where extreme violence, mostly of a political nature, was common. It has had ample opportunity to be tested and improved under real-life conditions, proving itself to be an ideal means of defending one’s self
in the face of life threatening danger.

No defensive tactics system in the world is more street
and battle tested than Krav Maga. 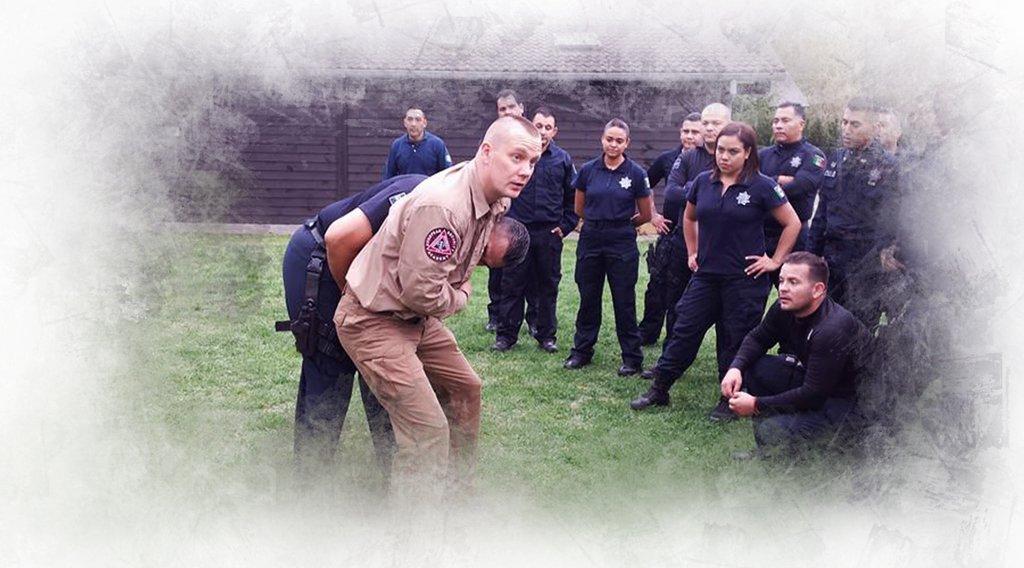 
The Krav Maga system has received international recognition as an innovative and highly practical defensive tactics system ideally suited for law enforcement and military. According to personnel who have undergone Krav Maga Worldwide™ Instructor Certification Training, the most important and striking characteristics of the system are:

EFFICIENT TRAINING PERIOD. Personnel attain a high level of proficiency in a short period of time. The program
is easy to learn and easy to teach.

RETENTION OF TRAINING. Because the system is based upon common principles and natural/instinctive movements,
personnel are able to retain the techniques with minimal review and retaining them under stress.

PRACTICAL TECHNIQUES. The core emphasis of Krav Maga is on effectiveness and simplicity. This real-world system
provides realistic defenses against a variety of aggressive attacks, whether the assailant is armed or unarmed.

PERFORMANCE UNDER STRESS. Training methods unique to the Krav Maga Worldwide™ system provide reality-based training designed to improve the operator’s emotional and physical response to danger. These training methods develop the ability to identify threats at the earliest stages, react without hesitation, and escalate or de-escalate with the appropriate level(s) of force.

To enquire about specific courses or private lessons please use the form below.

Why You should try?

Here are 6 great reasons to include personal protection (self defence) training in your Corporate Wellness Program: